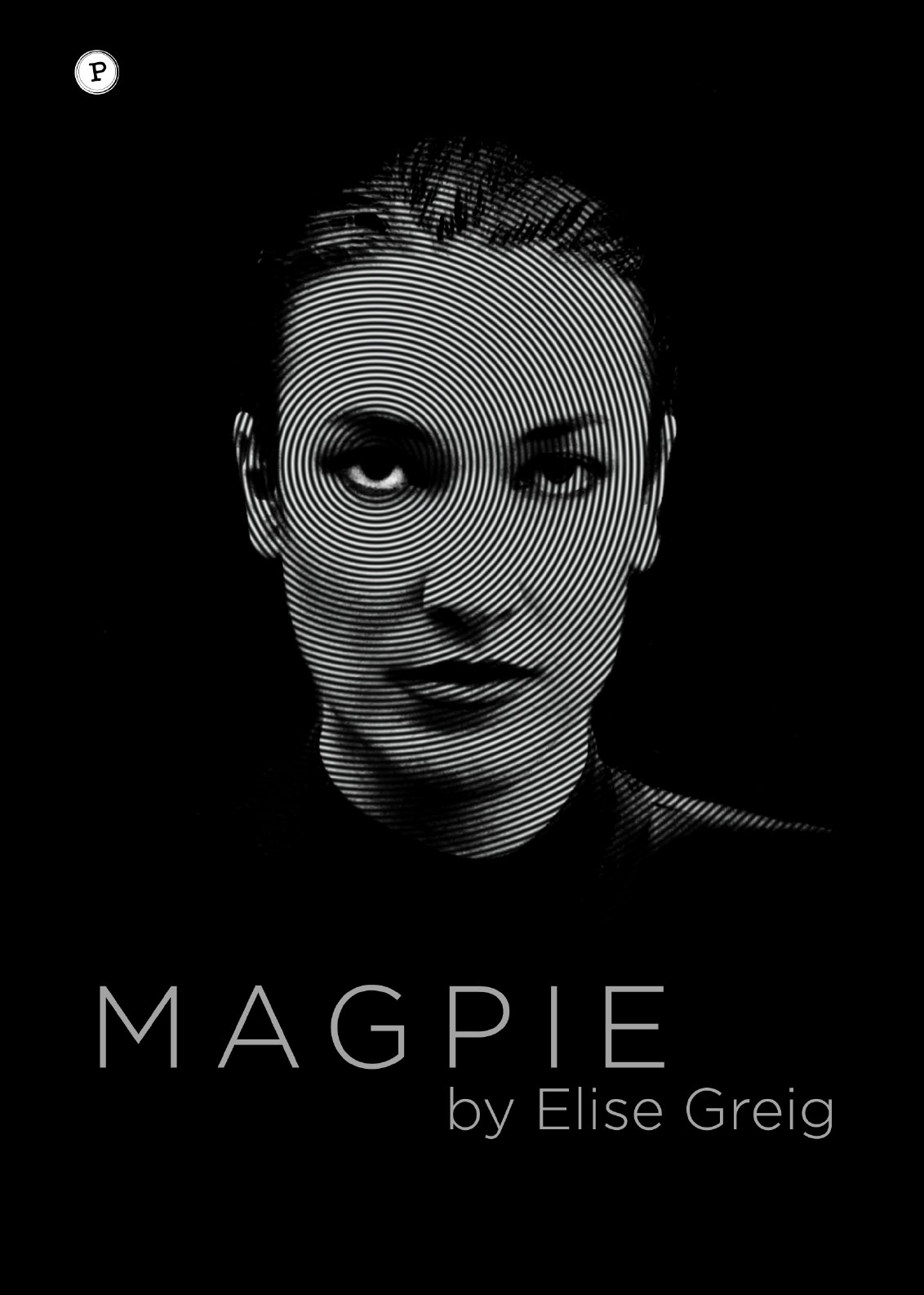 Elise’s current play, Magpie, was developed through Playlab and was long listed for the Queensland Premier’s Drama Award 2018.  During 2019 Magpie had its premiere production at Brisbane Powerhouse, presented in partnership with Playlab, Metro Arts and e.g. and supported by Australia Council for the Arts, Arts Queensland and Creative Partnerships Australia.

Elise’s first full-length play, Crèche and Burn, was written under commission for La Boite, and presented as part of the main house season 2005. It was a box office hit for La Boite and was followed up with an extensive 10-week national tour, along with a number of subsequent productions around Australia.

Her next play, The Sweet Science of Bruising, was shortlisted for the 2010 Playwriting Australia Festival. She then wrote Hopelessly Devoted, which was supported by RADF and culminated in a highly successful season at Glen Street Theatre, in Sydney, during 2014. During 2015/2016 she co-wrote All Aboard!, a site-specific work for children, that was presented as part of Bleach* Festival 2016. Elise’s current play, Magpie, was developed through Playlab and was long listed for the Queensland Premier’s Drama Award 2018.

Elise’s interest in writing was originally sparked as one of the actor/writers for the Channel 7 comedy pilot, 37 Skit Row. She then wrote the critically acclaimed Ditto, for La Boite’s Shock of the New Festival. This was followed by Elise’s one-woman show, The Romany Project, supported by Arts Queensland and The Australia Council, and presented as part of Metro’s Year of Independents 2004. 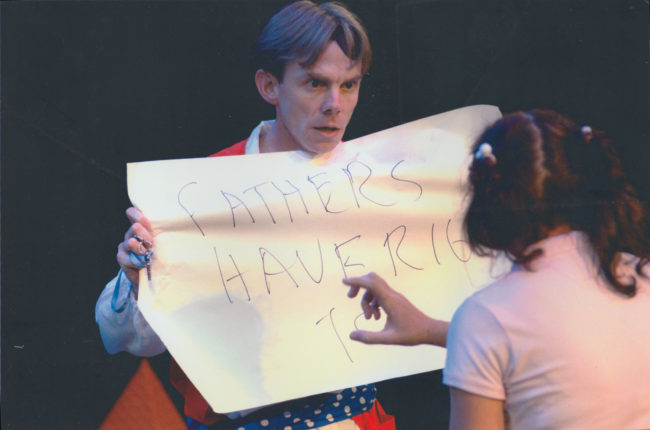 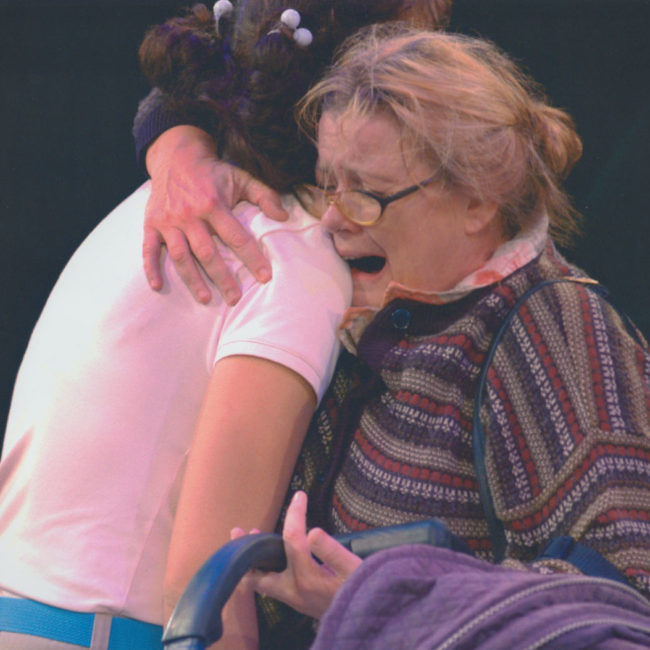 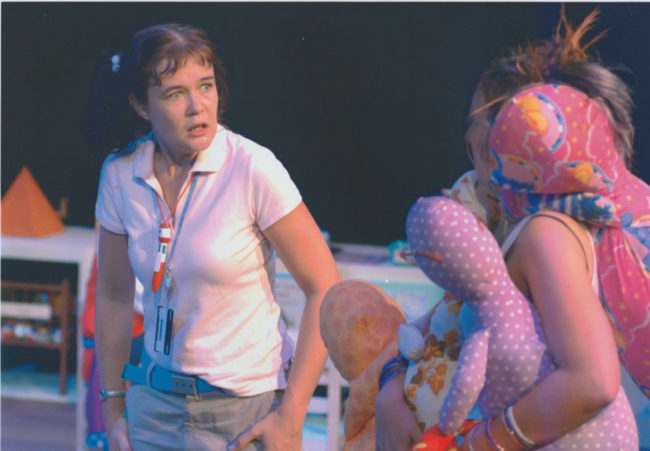 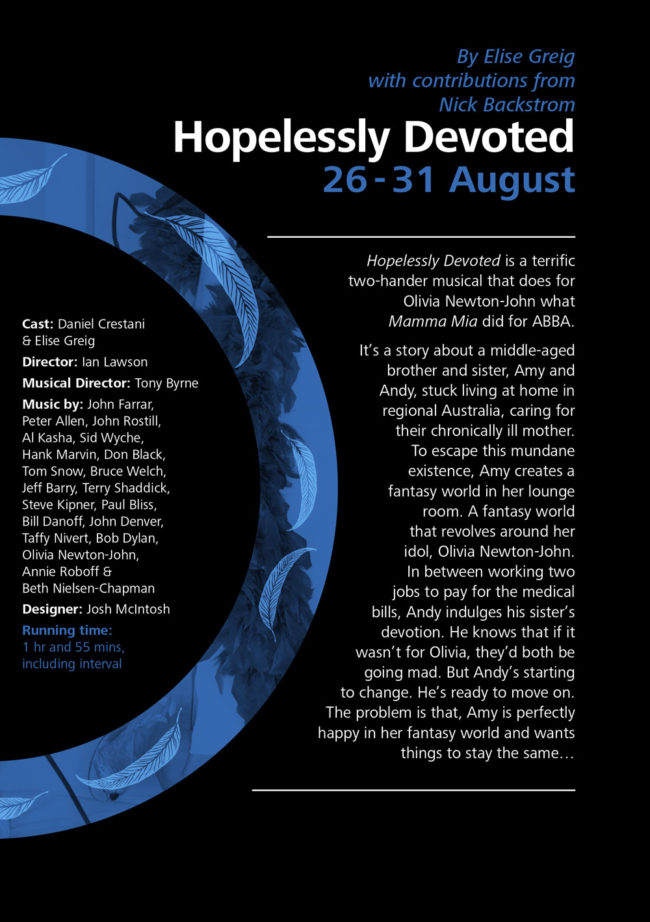 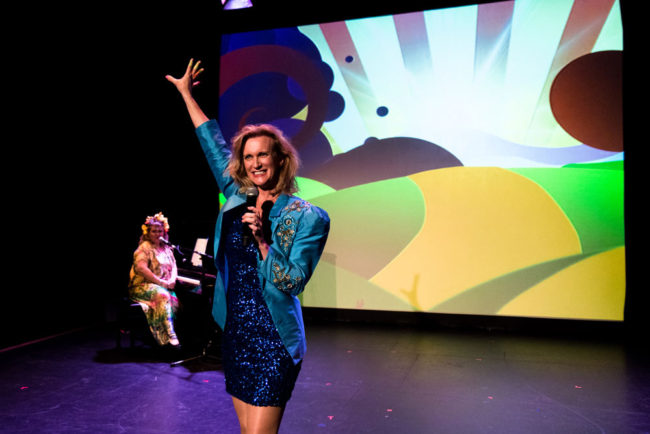 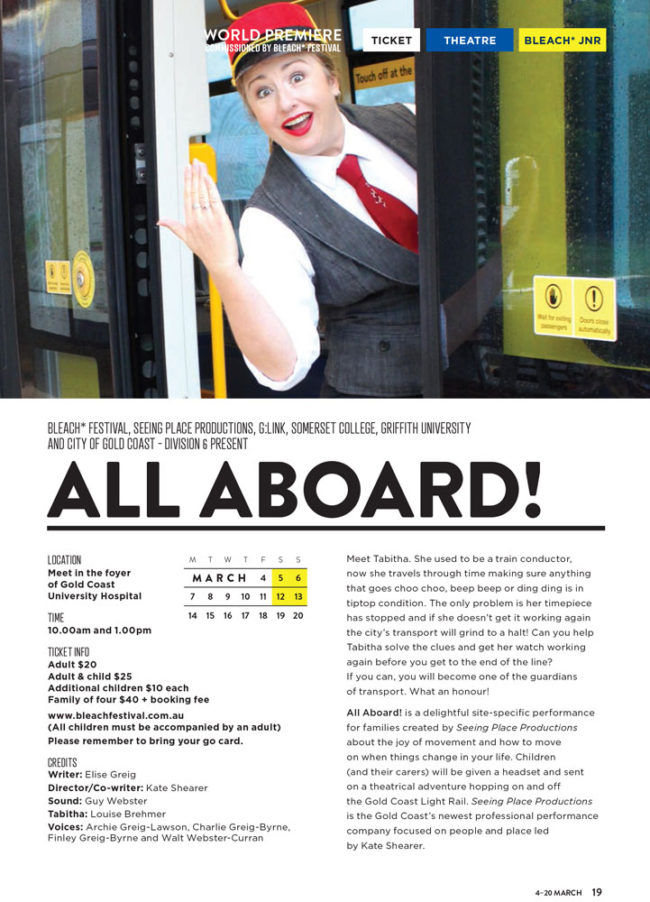 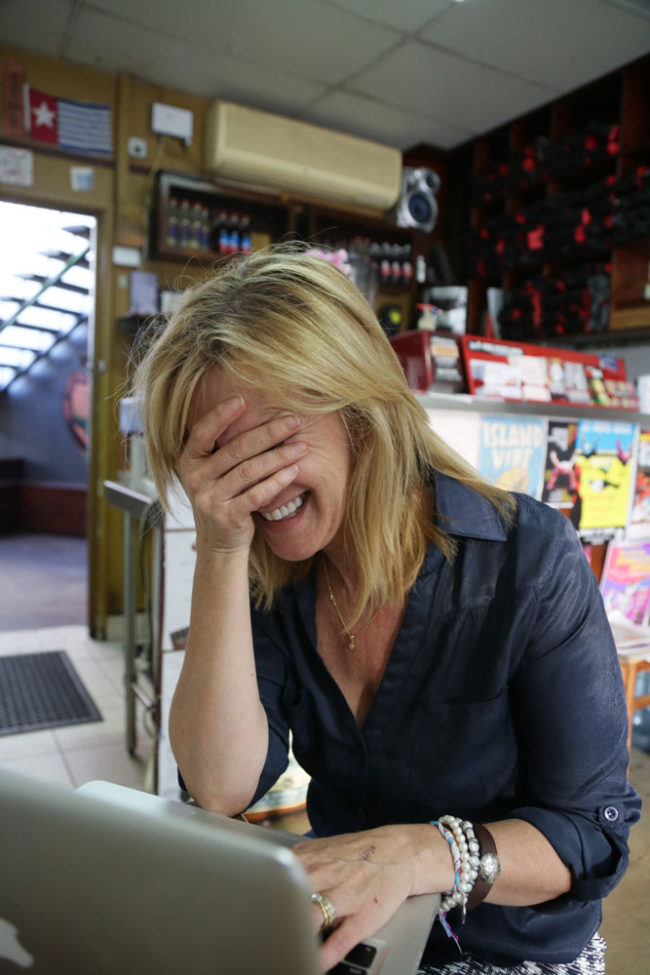 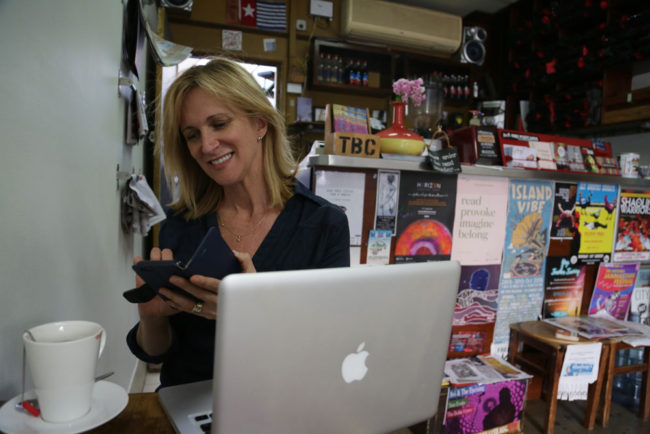 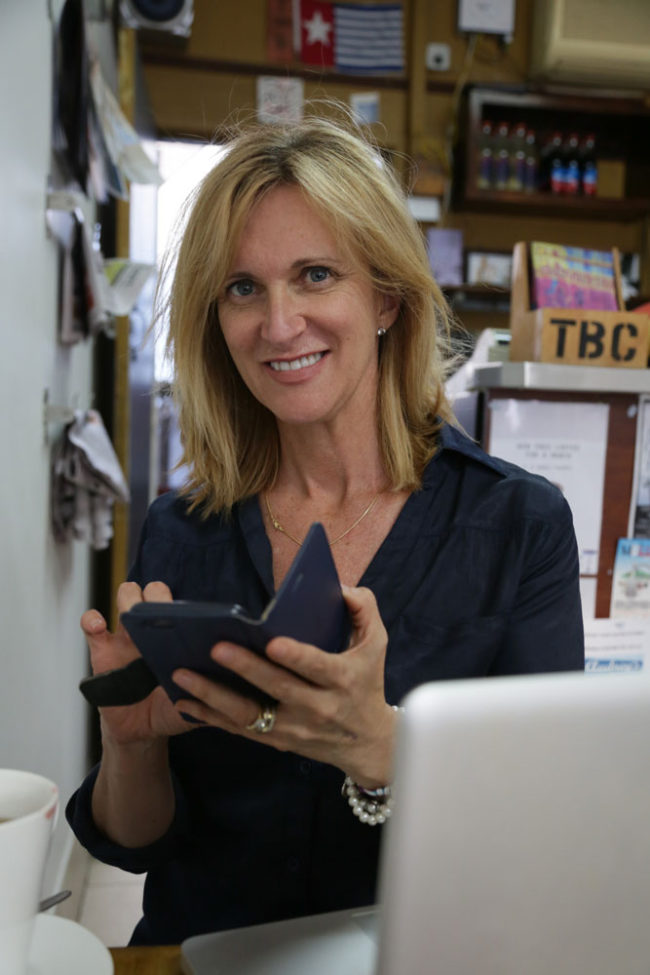 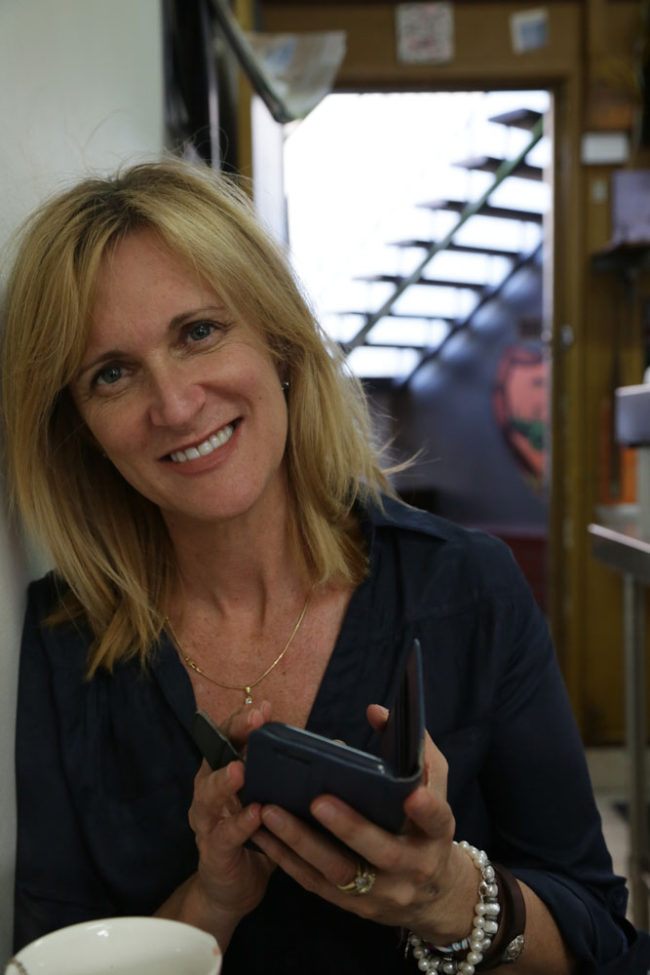 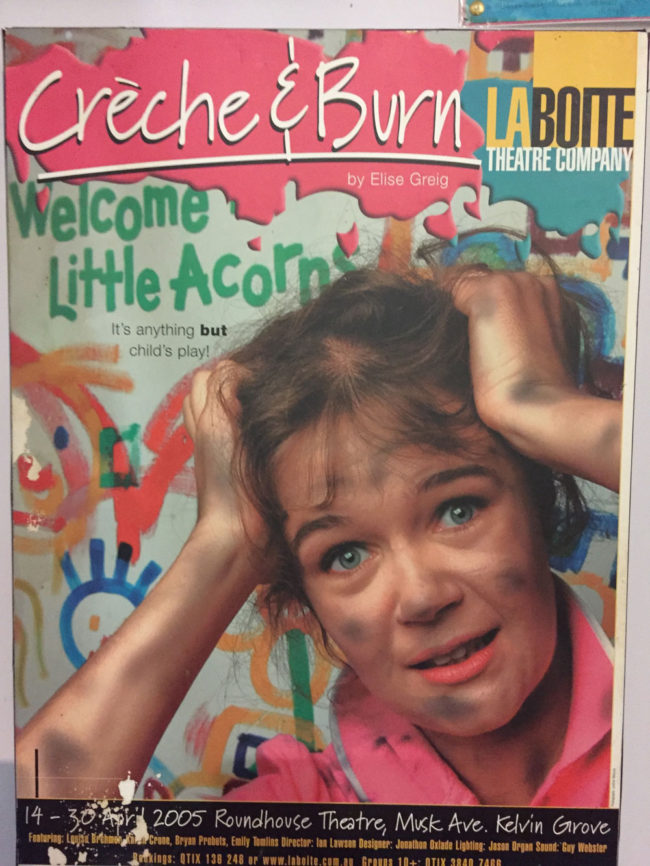 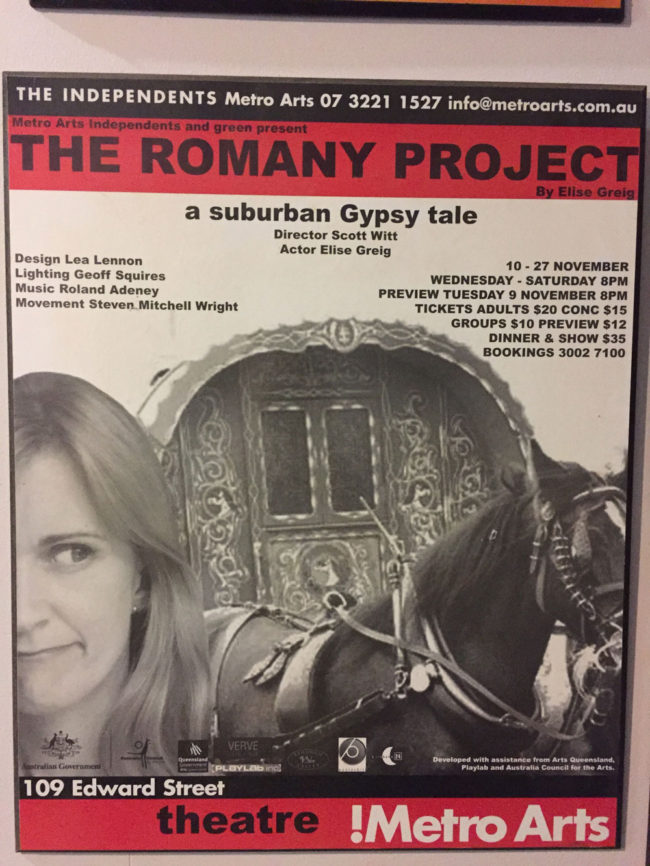